Wake up with fastk9dad as he walks you through is morning cup of Joe! Get your Kimera Koffee from Amazon… Links below! 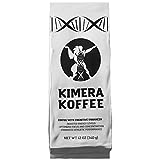 (1231)
$21.95 ($1.83 / Ounce) (as of February 6, 2023 22:25 GMT -05:00 - More infoProduct prices and availability are accurate as of the date/time indicated and are subject to change. Any price and availability information displayed on [relevant Amazon Site(s), as applicable] at the time of purchase will apply to the purchase of this product.)

Today was the 2017 King Challenge which is put on by retired-pro Ted King and proceeds support the Krempels Center which is a nonprofit organization dedicated to improving the lives of people living with brain injury from trauma, tumor or stroke.

Over the past few weeks, maybe even months, I have undertaken an effort to make my “brand” consistent across several sites, namely YouTube, Twitter and Instagram. I chose to standardize on my moniker of “fastk9dad”, which is the pseudonym I post under here at Cranky’s Corner.

Up until know I have been using Cranky’s Corner as the catch all for a variety of posts and topics. When I started it was pretty much all about cycling but that morphed into including some travel and family videos as well. After pondering this for a while, it seemed to confuse the brand a bit, so I decided to create a Facebook page to now be the central hub for all my endeavors and will shift Cranky’s Corner back to primarily cycling related content. That doesn’t mean I won’t post some other content once in a while but I’ll try not to clutter it up with stuff you all might not be interested in.

p.s. I also apologize for any “test posts” my subscribers may have received. I’m working on being able to cross post between the various platforms so I hope it didn’t cause any inconvenience.